The elections of the main function of VOKA 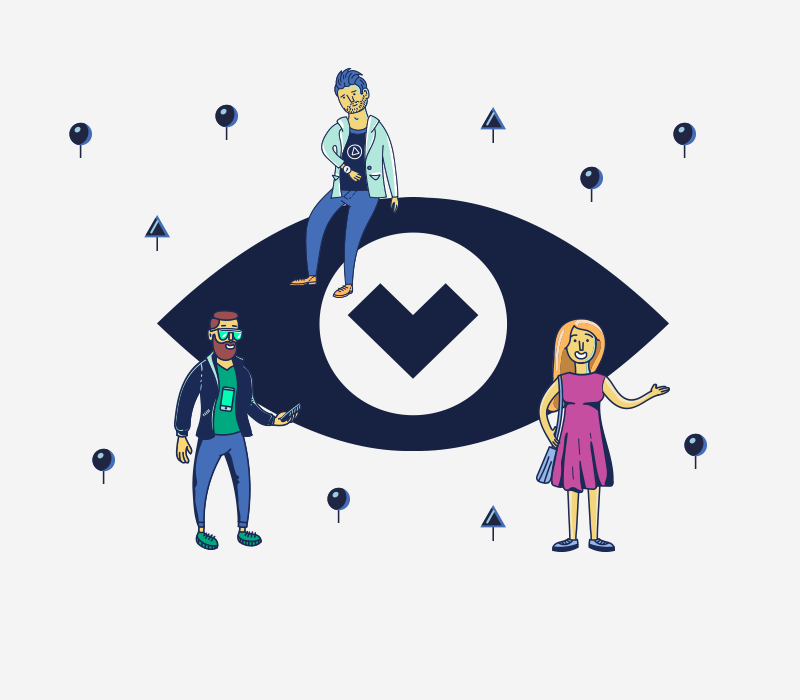 VOKA stands for interactive television from velcom offering functionality that is currently beyond the reach of its peers. The service constantly acquires new functions that need to be made known to users.

When a service has a multitude of helpful functions, there is a question how to help a user figure out how to make use of them.

Which of these functions will become your favorite if you are unaware how you can benefit from them?

So we decided: the functions will be speaking on their own behalf to win users’ trust.

This is how we launched the first ever election debate for competing functions to see which one is the best one.

Structure of the campaign

To visualize the functions each one of them was represented by a unique character with specific features, who spoke about its advantages. Additionally, we developed animated clips for the three man functions:

Looking just like election pledges, the clips did what they were intended to do — they informed and trained. They made it clear and visual where to find the functions and how to use them. The clips were then posted on the website of the elections.

The campaign received additional SM support, where each function acting as a candidate presented its election agenda. Campaign office news and findings of exit polls were also made available.

In addition to the banner campaign and SMM, the parental control function with the support of rebenok.by offered an unusual test: to showcase its importance in filtering content, it challenged viewers to guess the PG rating of a film or cartoon.

The isolation of the functions made it possible to target various audiences depending on their interests.

On the website we aggregated all of the possibilities offered by the functions. They are all presented as illustrations that not only provide an easy-to-understand visual representation of the novelties, but also show how each possibility can be used.

Users chose VOKA’s main function on the polling day — postponed viewing (fortunately, there were no hacker attacks, and the election was not rigged).The Pause-Archive function thanked everyone for voting and appointed the rest of the functions its ministers.

people was estimated the campaign coverage

users visited the website to see the functions’ election agendas