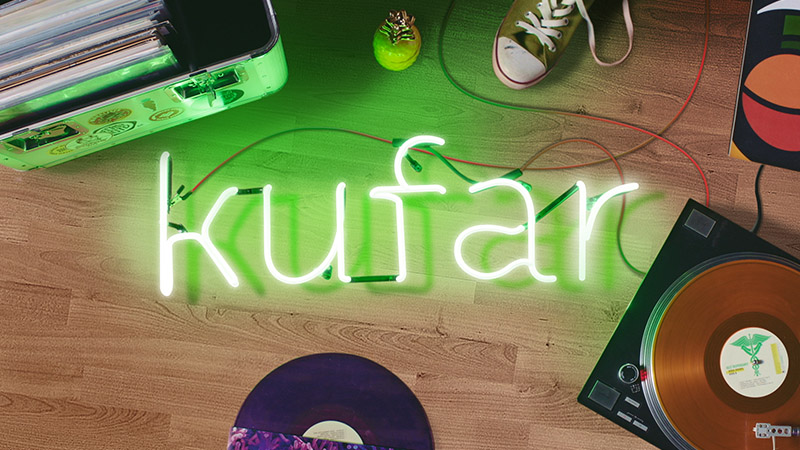 What should a brand do to save the leading position in the market? Definitely change! Here is the case about how Kufar run broad-scale half year company in support of advertisement platform redesign and how they managed to be widely recognized through the young audience. 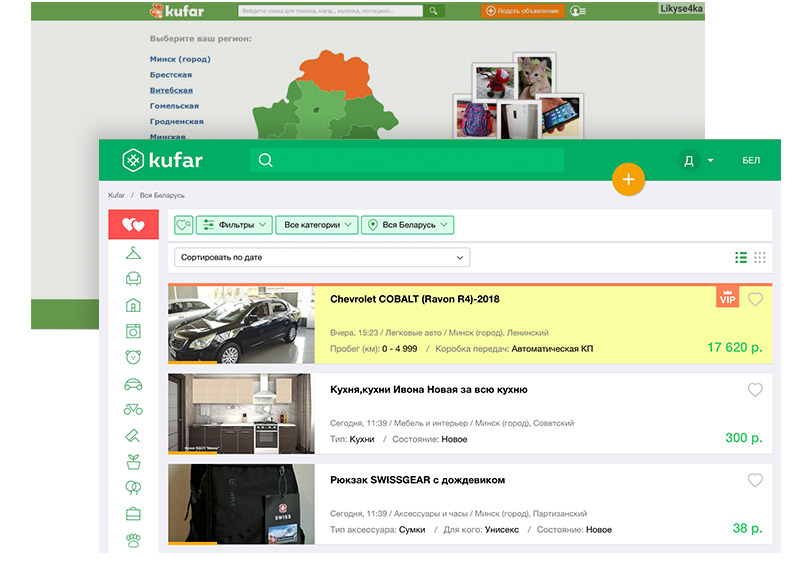 During its lifetime Kufar has become №1 ads placement platform in Belarus. However, modern technologies and market constantly change, develop and expand. SO does Kufar.

Corporate style was updated on the platform in January 2017, a new wesite and a mobile application were launched in February.

Communication component changes after product renewal – Kufar creates an image of innovative, modern sales platform. The company mission for 2017 reflects positive and exciting changes which were also shown in concise slogan of the campaign “Change is natural!”.

Design and product renewal becomes a new opportunity to make a name timely for those who will like it. That is young audience which easily pick up everything new. And if you increase proportion of young people who prefer Kufar for making purchases it will attract others. 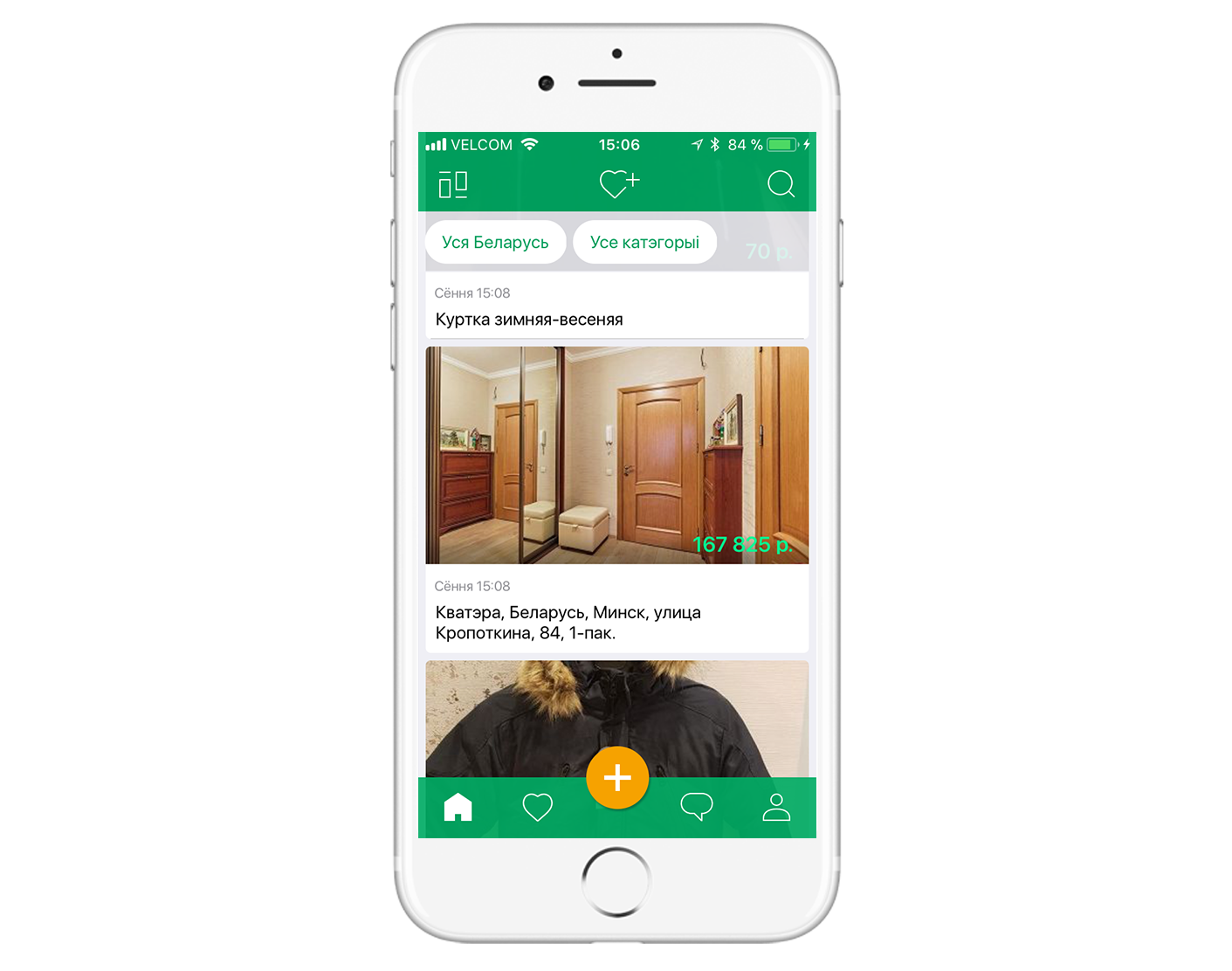 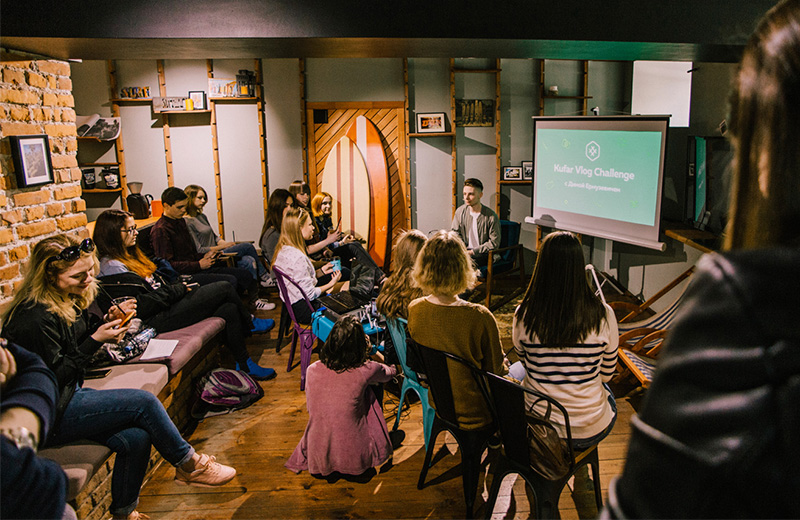 Within the campaign the core target audience was chosen – new users. They are young people who rarely use Kufar. Aged 15–24 years. They are young, smart and active. They are trend-watchers – not only content users but its creators.

Together with the getbob digital agency Kufar has developed integrated advertising campaign for the first half year of 2017 that covers the subject of changes in the context of young people life based on actual trends.

The idea of the strategy was to build awareness and increase loyalty of the target audience via different message channels from general to specific. In short: extensive information sharing, new communication loading, product loyalty reflexing due to opinion leaders, involvement, and interaction with the product. The process is described in details below. 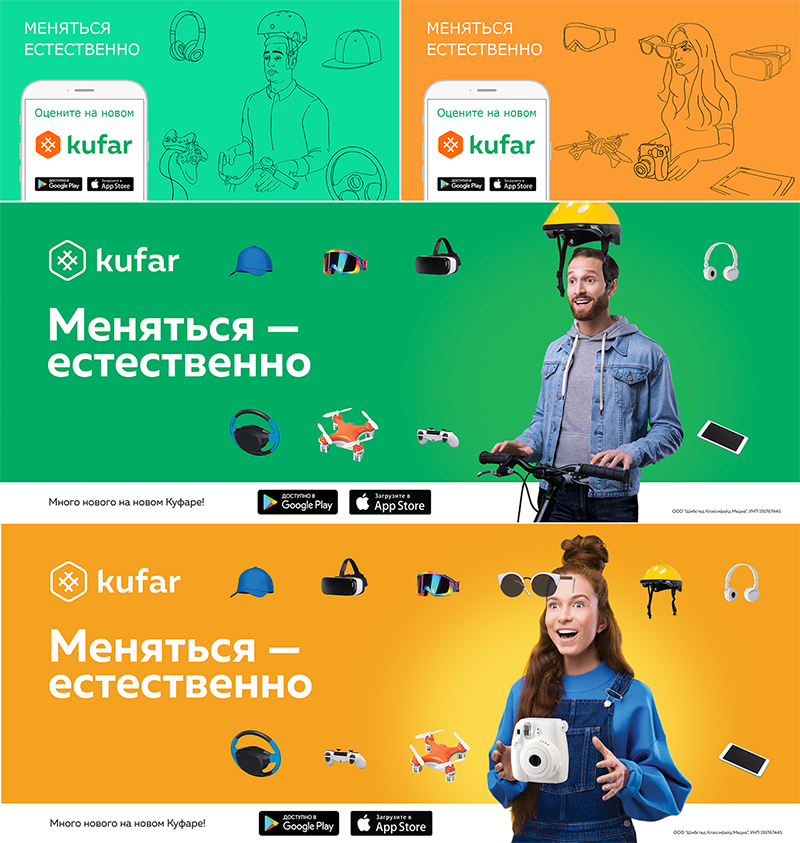 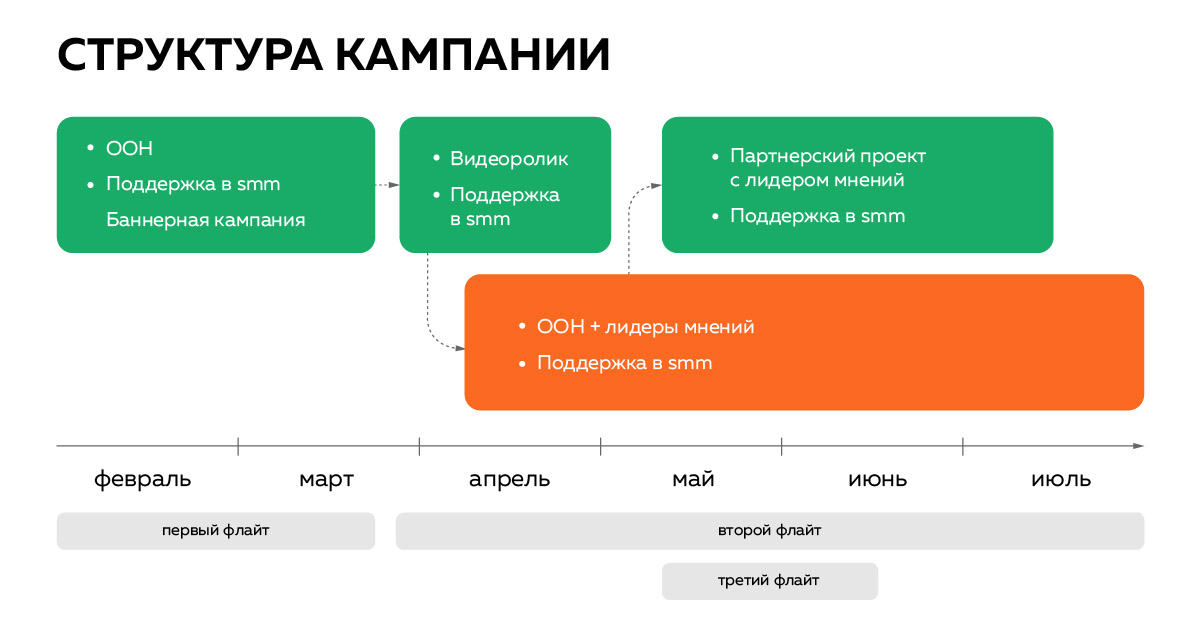 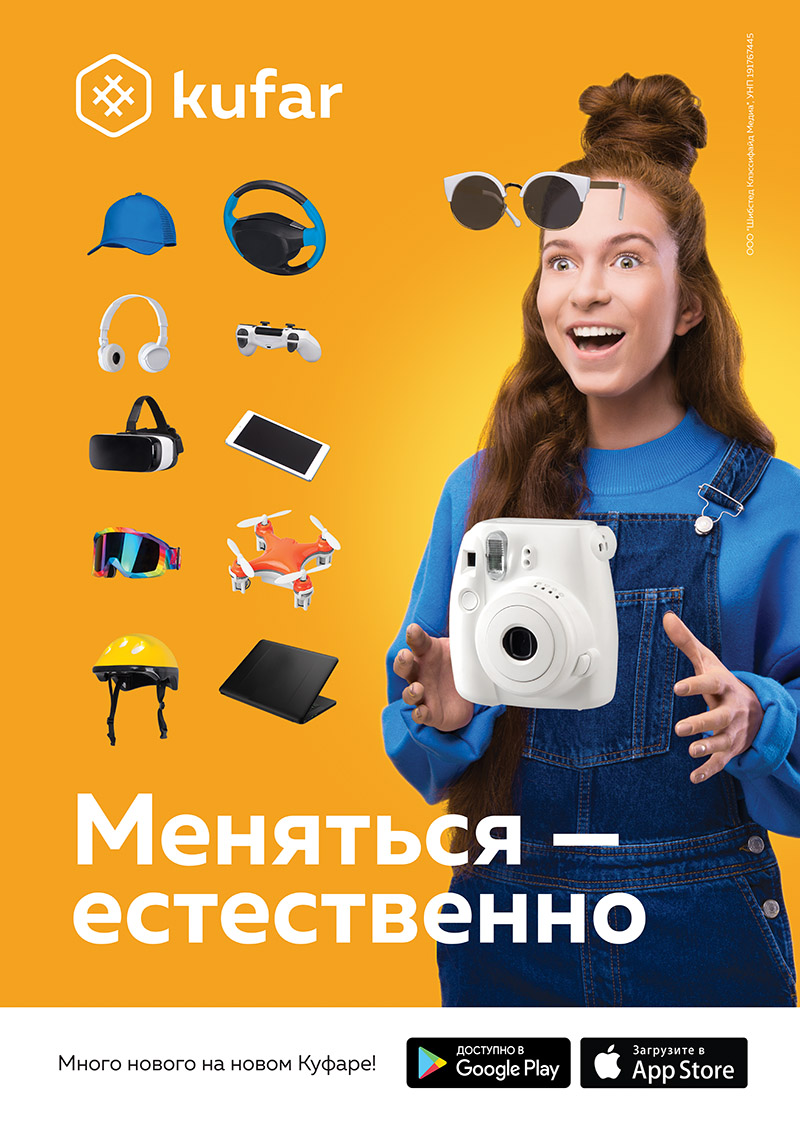 The first stage of the campaign was the launch of image visuals with the use of outdoor advertising channels, internet-banners, SMM. The idea of visual imagery is to show that it’s possible to buy all trend gadgets on Kufar and thus change is so easy! It was important to display images of gadgets on Kufar, to reflect image of swipe /scroll (reference to the new application). To show that change with Kufar is very easy.

ООН. Photo production was realized by duet KANAPLEV + LEYDIK. Gadgets in simple design relevant for young audience were used during shooting. The image of visual heroes was actually focused on young people Mandarina and Frederic.

Banner advertising. Original format of banner advertising aimed at generation of interest in the new site was also launched in support. They were also placed on recourses relevant to the targeted audience. 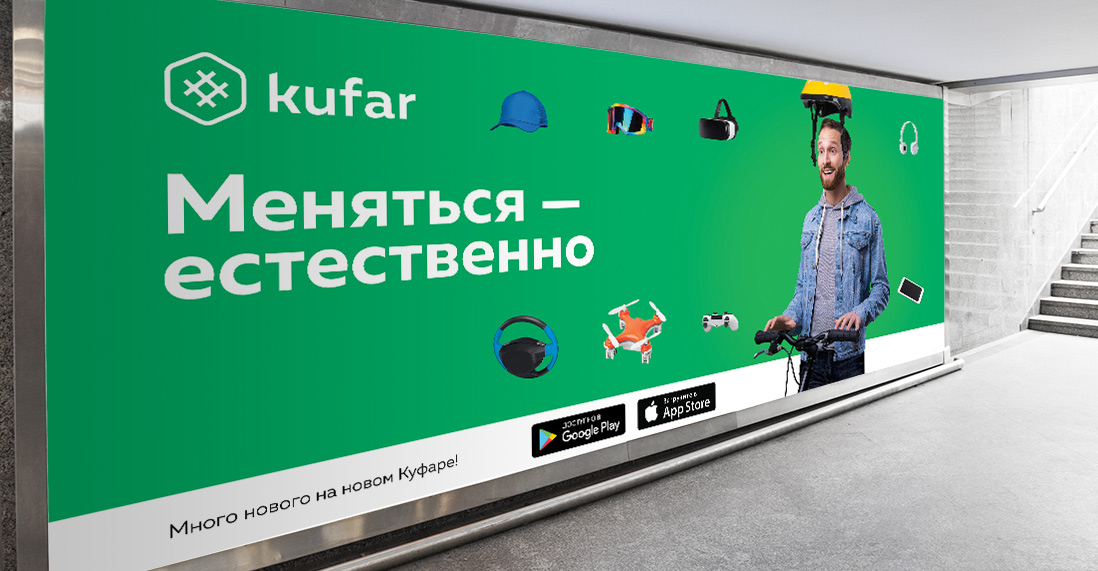 THE SECOND FLIGHT| MARCH - MAY

Video. The second stage of the campaign started with the broadcast of vivid narrative video “Change is natural” that continued image building of the resource.

Apart from performance of communicative task, commercial was meant to become a bright element within the campaign. The idea was implemented thanks to one of the most popular young Ukrainian directors Olga Zhurba and video production One Little Production. 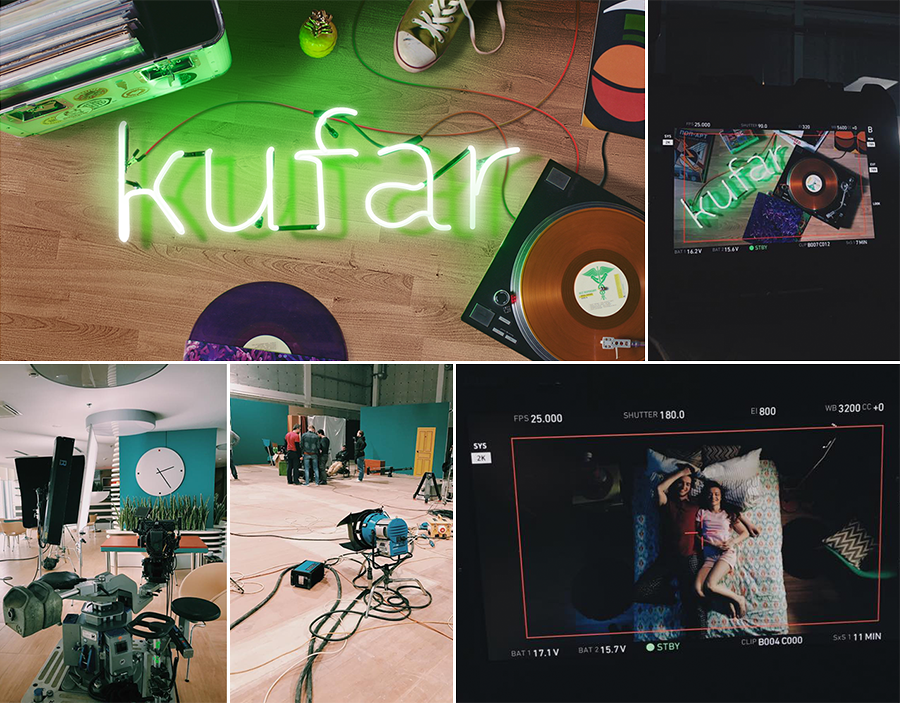 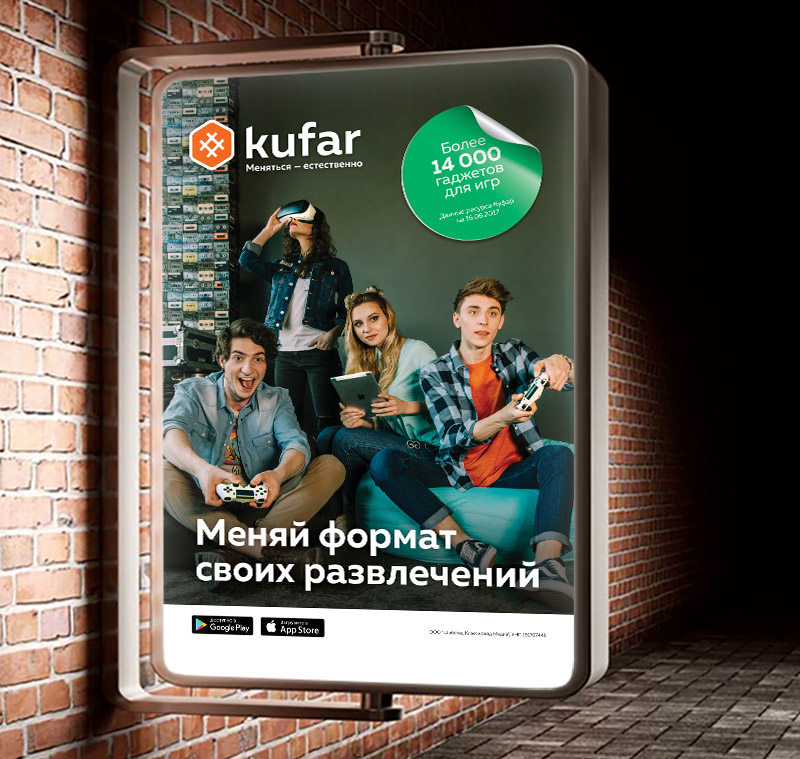 ООН. The second stage started with the launch of a new 4 month outdoor ad campaign of four storylines. The places where generation Z unfailingly spends time were skillfully chosen for the placement of outdoor advertising. It was important to give the targeted audience an opportunity not only to see storyline on the part of Kufar but also take photo with it. But is there any reason to take a photo with an ad?

It is quite simple: while promoting certain type of goods in catalogue, the combination of prime characters became the key element in the campaign. Apart from already known heroes of the commercial, storylines show us popular Belarusian video bloggers: Vlad Bumaga (more than 1 680 000 followers on YouTube, 10% of Belarusian auditory), Julia Godunova (more than 280 000 followers on YouTube, 30% of Belarusian auditory). Here also worked out the idea about introduction of video bloggers on outdoor advertising – new communication channel with their auditory – which allowed bright display of this event via current communication “Change is natural”. Kufar managed to become the first Belarusian brand which turned popular Belarusian YouTube-bloggers into its campaign identities.

Popular photographer and blogger from Minsk Kasya Siromolot who is famous for her individual style in shooting nontypical for outdoor advertising was invited for realization of photography. Same as before, the aim was to introduce situations of product use through visual language features close to the young people.

Oktyabrskaya Street, popular and recognizable location, was chosen for shooting intentionally. The storylines of key visuals emphasized modern city lifestyle, careless and easy. Besides this, each storyline contains direct product message – number of gadget variants that can be found on Kufar.

SMM. Image campaign in communities was formed on the base of dynamic content with mini-storylines from commercial and outdoor advertising with introduction of interactives for the followers. 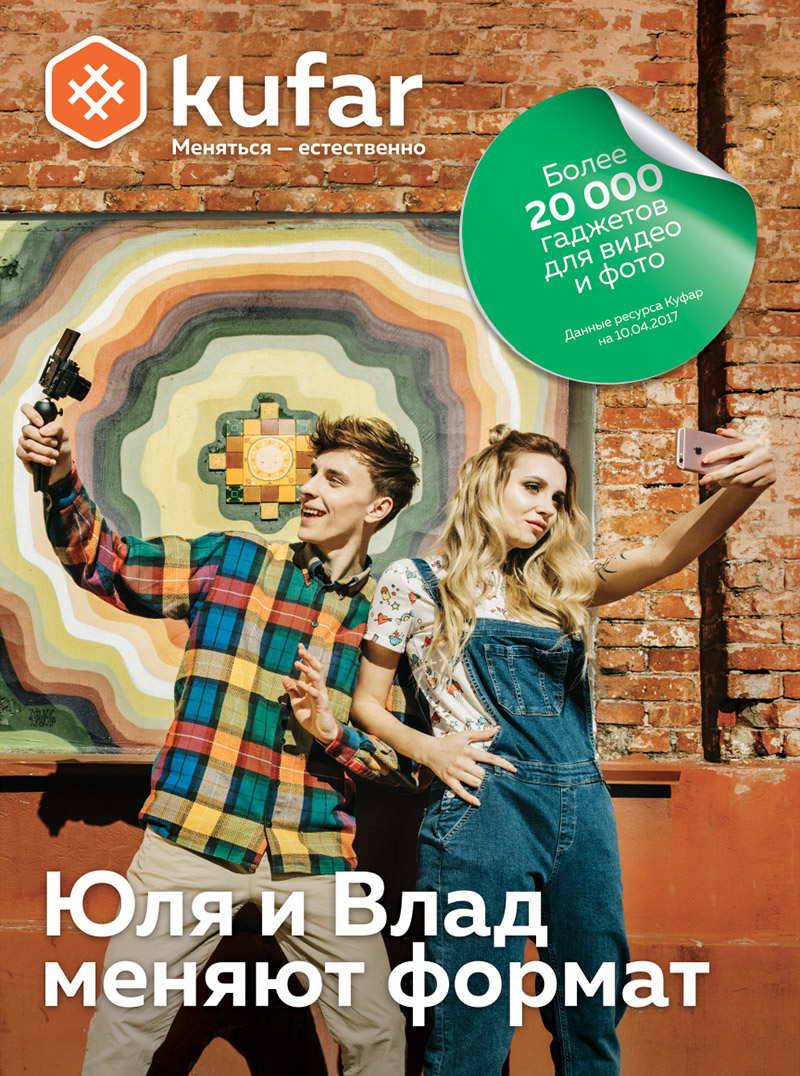 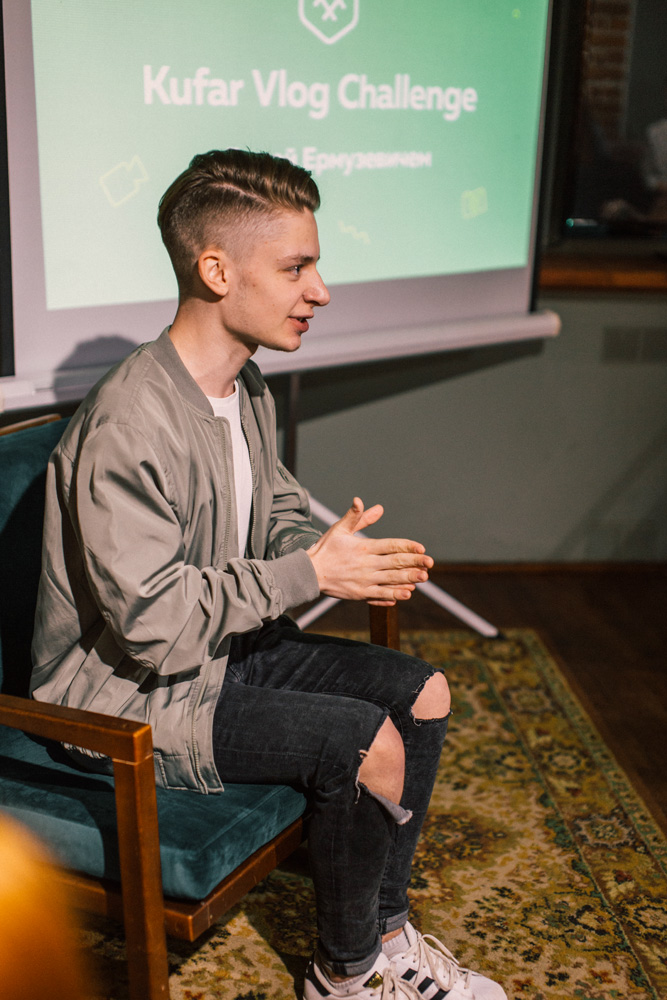 THE THIRD FLIGHT| MAY -JUNE

The final stage of the campaign was realized in the form of creativity competition with the participation of relevant opinion leader. Following the video blogging segment famous Belarusian vigeoblogger Dima Ermuzevich with auditory of up to 700 000 followers on YouTube only, 10% of which is Belarusian region, became the leading character of the campaign.

The contest started in video on Dimaʼs channel in the form of the teaser of the advertisement on Kufar, where anyone was able to win individual vigeoblogger’s master-class.

The contest task was to generate an idea for the first video blog with a message that all the necessary things for a new hobby could be bought on Kufar. Apart from the great number of competition participants the third stage of the campaign had the largest scope among the relevant target audience.

All in all, communication with the young audience motivates to look for some new approaches, stand out highlighting details and use different ways of promoting 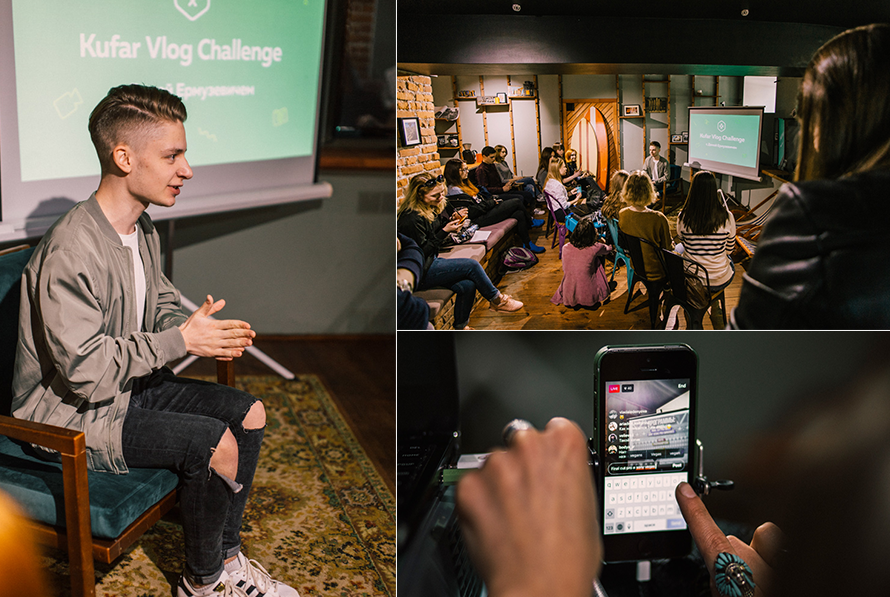 Results of the campaign

people made up the overall coverage of the SMM campaign

views of the video “Change is natural”

reactions in Instagram-posts in the campaign

The elections of the main function of VOKA